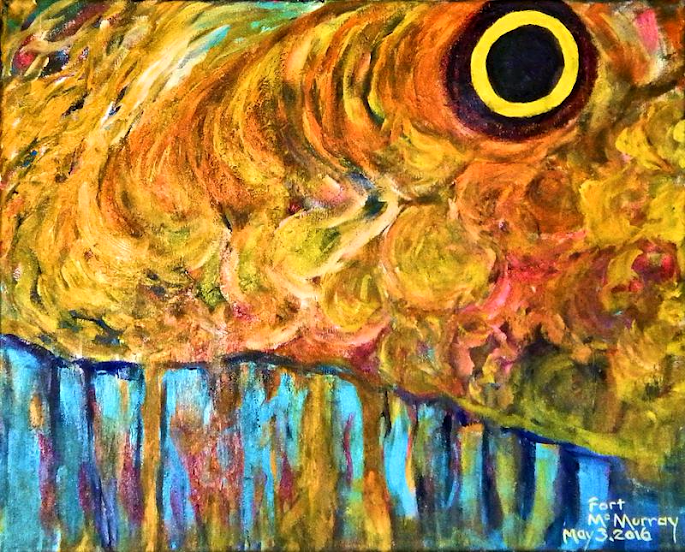 
May 3, 2016 Afternoon : May 3, 2016 Afternoon : As evacuations continued throughout the afternoon I set up my easel next to the TV and began to paint while watching the news unfold on Global TV. I later title it Fort McMurray Wildfire - The Beast. The YouTube I uploaded that night received many views with many thumbs down from my viewers who probably thought I was exploiting the tragedies of the day for financial gain. Later this week the editor of the Edmonton Journal did not take kindly to my YouTube uploaded and shared on their reader comment section of their on-line newspaper. They removed my video and all my comments relating to the wildfires in Fort McMurray. I later cancelled my reader subscription as a result. Later this summer an Edmonton Journal would do a story on the Fire and Rain project that was featured on the front pages of thier print edition. This YouTube has since reversed its thumbs down trend to thumbs up. I was a former employee with the Journal 27 years.


"Your best work, when you do it, will always upset the general public – they're always a few years behind you. - Canadian abstract painter Jack Bush
Posted by Doug Brinkman at 8:48 PM